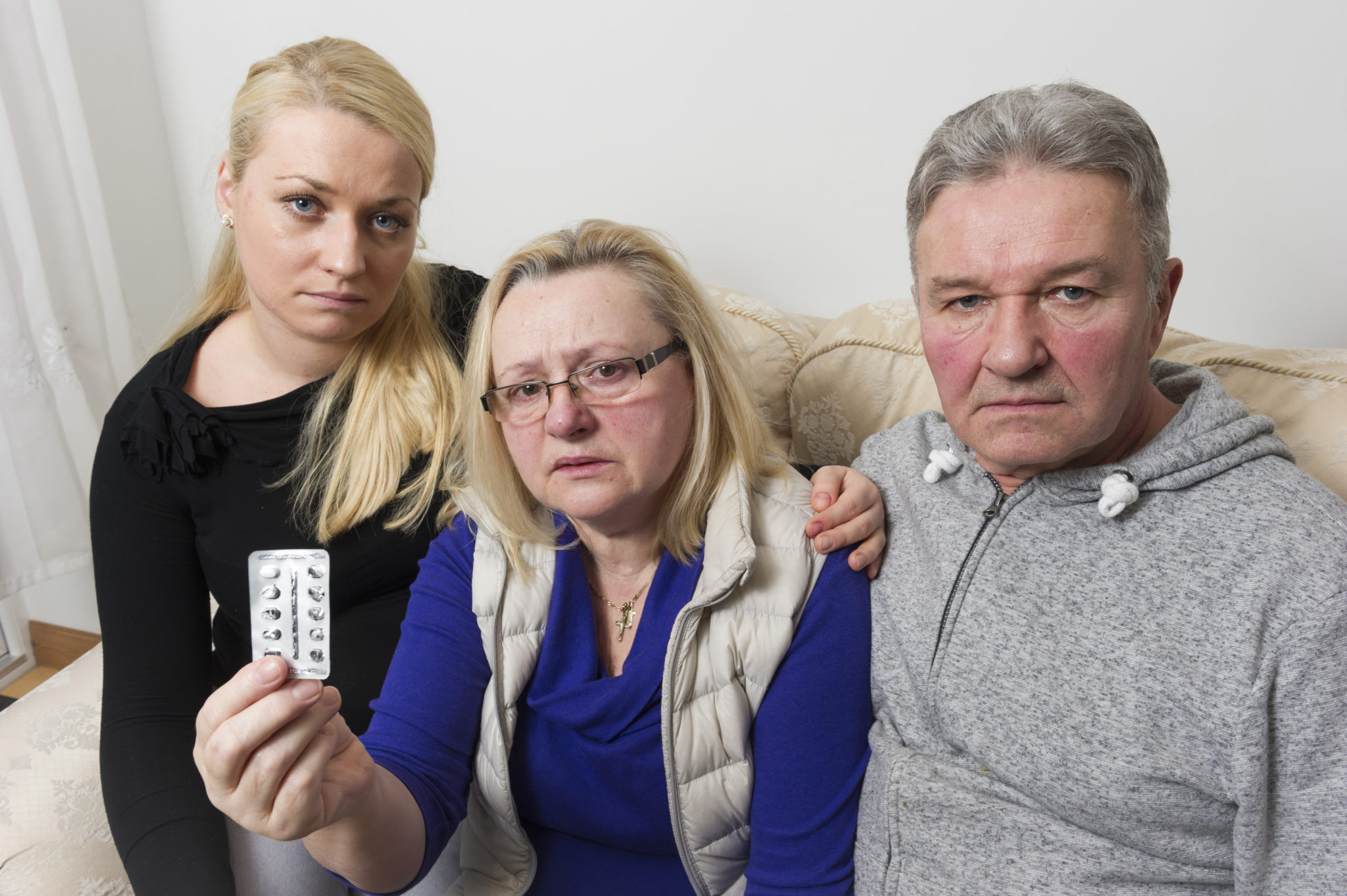 Hudgell Solicitors are providing legal support to a woman who suffered months of ill health after mistakenly being given anti-psychotic drugs by her local pharmacy.

Hudgell Solicitors are providing legal support to a woman who suffered months of ill health after mistakenly being given anti-psychotic drugs by her local pharmacy.

The family of Henryka Barszczowska, 60, from Roundhay, Leeds, say she was left suffering horrendous side effects – and feeling like she was ‘going insane’ after taking risperidone, a drug used to treat people with schizophrenia, for five weeks.

They say the tablets were given to her in error by her local pharmacy when she went to collect her regular prescription to manage Restless Legs Syndrome. Mrs Barszczowska took 83 out of the 84 pack of risperidone tablets in September and October 2015.

During that time she felt increasingly unwell, but did not realise her medication was wrong.

Daughter Ewa Zylowska, 28, speaking on behalf of her non-English speaking mum, said she gradually became more tired, often sleeping all day and remaining awake all night, as well as grinding her teeth.

“She felt something was wrong with her and she thought she was going insane. On one night she came to me in tears, really frustrated, saying she was getting worse and feeling so unwell,” she said.

“In October, last year, she asked me to look at her tablets. She said ‘I think it’s my tablets’ as they were a different shape and colour, which she initially thought might be due to being from a different manufacturer.

“When I looked at the packet I realised straight away they were the wrong tablets. I was so shocked and disgusted. I looked on the Internet and found they were anti-psychotic drugs.”

The family went to the pharmacy, MA Manning, in Lidgett Lane, Leeds, immediately, and they advised her mum to stop taking the tablets straight away, and to make an appointment with her GP the next day. The GP referred her for tests, including an ECG, which came back clear.

However, over the next three months, Mrs Zylowska says her mother became even more unwell, experiencing shakes, muscle pains, and anxiety.

She said: “We had the worst Christmas ever, we went to Germany to stay with my sister, and my mum was so unwell, she didn’t even get dressed or brush her hair on Christmas Day, and that’s just not like her normally.”

Frustrated by the lack of further investigation by her GP, she paid for her mother to have an appointment with a private psychiatrist, who she says diagnosed her as suffering from side effects of the risperidone – a drug he had worked with for many years, which works by changing the effects of chemicals in the brain.

He put Mrs Barszczowska on a muscle relaxant to counter the effects of the drug, but Mrs Zylowska says her mum is still suffering from adverse symptoms.

“She initially felt a little better, but her symptoms have worsened again. And I don’t see her recovering any time soon,” she said.

“She says her vision and balance has got worse since. She was wrongly treated for anxiety and depression by her GP so doctors did not diagnose her problems correctly, she should have been seen by a psychiatrist as soon as this mistake came to light.

“This mistake has cost her several months of her life, and if I hadn’t paid for the private appointment, she would still be very unwell. She thought she was going insane, she was in so much pain, it was unbearable,” she said.

“If she’d been on her own with no-one to help, or this happened to anybody else, I can’t even bear to think about what could have happened.”

Mrs Zylowska contacted our medical negligence team at Hudgell Solicitors, who are now supporting her with legal advice and investigating the circumstances of the prescription error, and the subsequent treatment.

Personal injury specialist Sarah Smith, of Hudgell Solicitors, said: “Unfortunately, it would seem that Mrs Barszczowska was left suffering months of anxiety and pain as a result of being dispensed the wrong medication.

“This medication has particularly debilitating side effects and we are working with the family to conduct further investigations into how this error was made, and discover the full extent it had on Mrs Barszczowska.

“Prescription errors can be fatal mistakes, and quite simply, errors such as this should never happen. Serious questions must be asked, and lessons learned to ensure this mistake cannot be repeated.”

Risperidone is used to treat schizophrenia and symptoms of bipolar disorder.

The pharmacy has admitted making a dispensing error and apologised to the family.

"Very impressed with the fast turn…"

Very impressed with the fast turn around of Hudgell. Very responsive and friendly too.

Wonderful service, was kept up to date regularly and once they received an offer to settle my case, they advised that they could get a better offer and did just that, will definitely pick up the phone again if I ever require their services in future.

"These solicitors were very helpful and…"

These solicitors were very helpful and I was surprised when they told me that they were pursuing a totally different avenue to the one I thought was available. They were very efficient, constantly in communication with myself and were direct with the opposite party. Needless to say, they won my…

"Take a leaf out of there book"

"Couldn’t of chose a better solicitors…"

Couldn’t of chose a better solicitors to go through my claim with, Sarah informed me every step of the way (even when they was nothing to update me with) was such a quick process and she couldn’t of been more helpful ! 5*

Alex is amazing! He took over my claim and everything changed from negative to positive. Case still ongoing but fantastic service so far from Alex. Great communication - answering calls and emails. Spot on in everything. I am very glad he is handling my case now and I am confident…

Excellent service and communication from start to finish. The whole process of handling my personal injury claim was dealt with quickly and courteously.

Becci was amazing, she was so friendly and helpful and couldn’t have done a better job at helping me with my claim. Very happy.