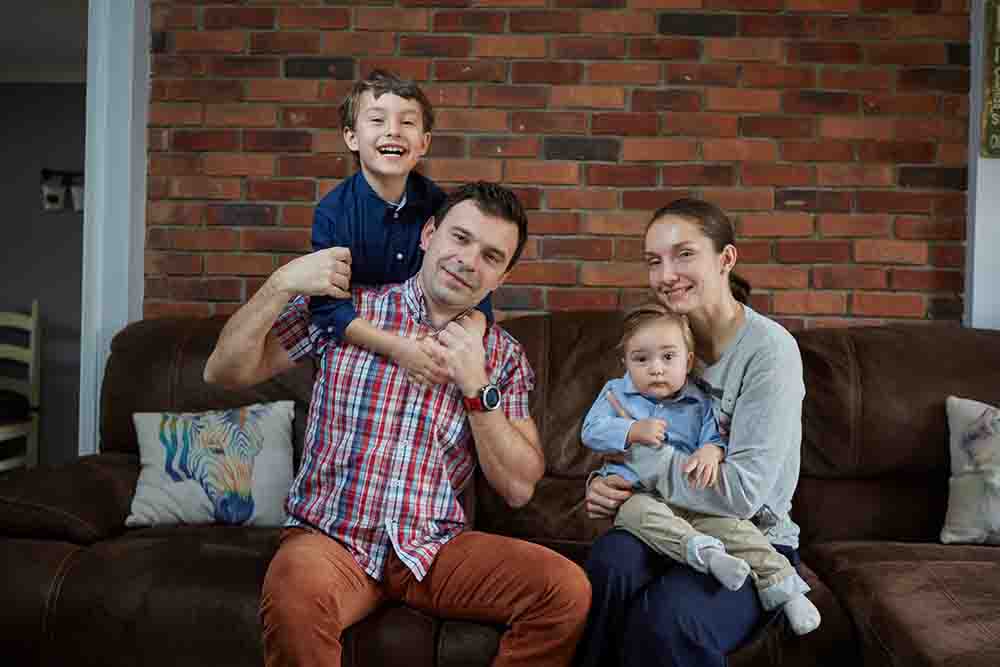 Hudgell Solicitors are representing a father who unknowingly lived with a broken neck for three months after a hospital sent him home without carrying out an x-ray of his injury.

Hudgell Solicitors are representing a father who unknowingly lived with a broken neck for three months after a hospital sent him home without carrying out an x-ray of his injury.

Father of two Anton Frolov, 36, of Kent, was left walking around with the broken neck bone pushing against his spinal cord, something doctors have since told him could have caused life-long paralysis had the bone damaged his spine.

When the fracture, in one of the two main bones at the top of his neck, was eventually discovered, doctors called him on his mobile instructing him to ‘attend at hospital immediately’, telling him was a miracle he hadn’t been left paralysed or even died as a result.

In that three month period however he had unknowingly continued to live life normally, despite struggling with his neck movements and suffering regular pain, because doctors had given him the all clear.

He had even been working out at the gym and lifting weights in a bid to strengthen his neck, on the advice of a physiotherapist.

Mr Frolov had injured his neck on the final day of a family holiday in Phuket, Thailand, when swimming in the sea.

He says he was swept back by a powerful wave and hit his head on the seabed, losing the feeling in his arms and legs for a number of minutes. He was pulled from the sea by onlookers and taken to a local hospital, but an x-ray taken there did not show any breakage. 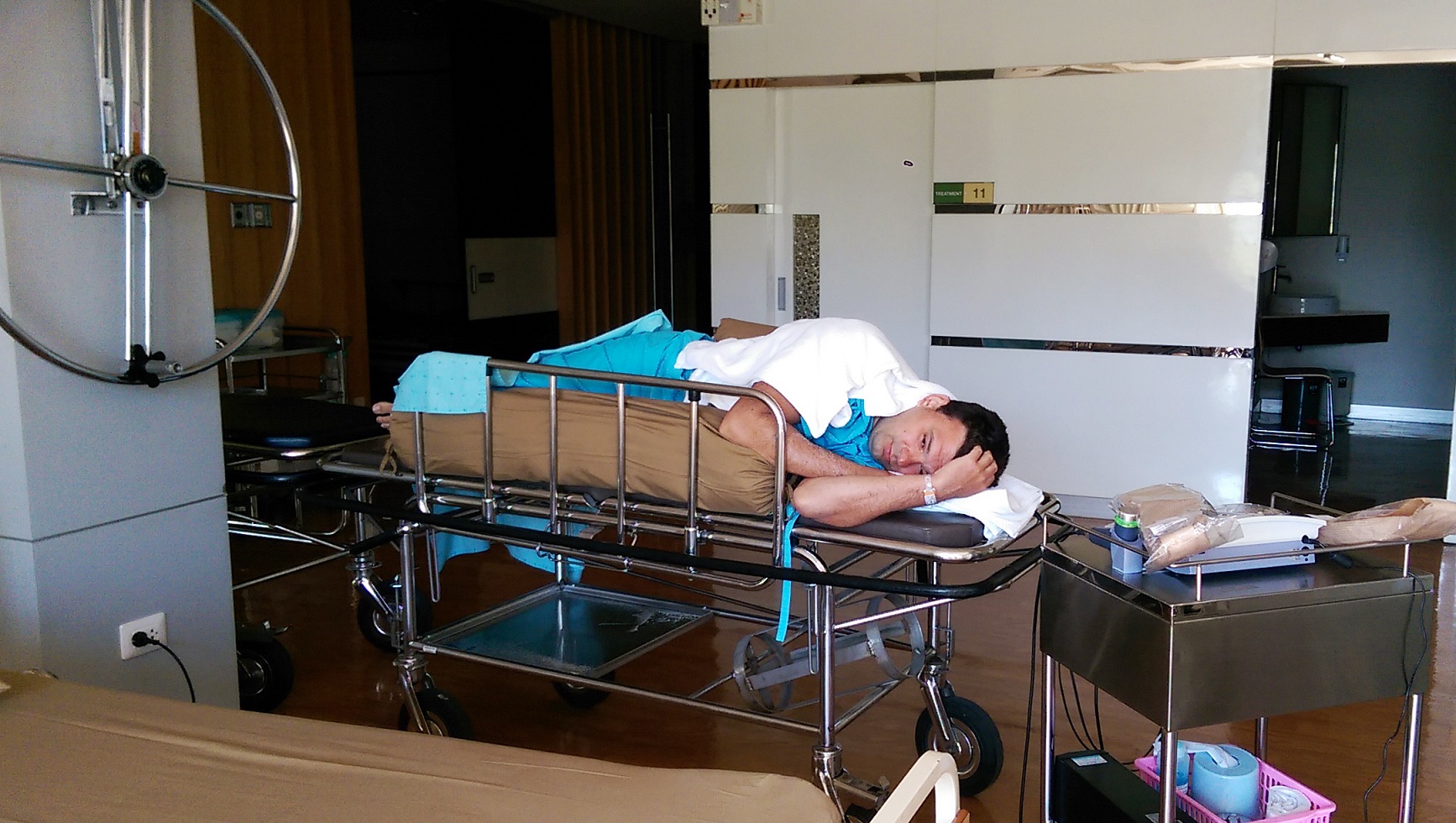 Still suffering from headaches and pains in his neck when arriving home two days later, his wife drove him straight from the airport to the minor injuries unit at Edenbridge and District War Memorial Hospital. They recognised it may be serious and organised an ambulance to take him to the A&E department at Tunbridge Wells Hospital at Pembury, Kent.

There, doctors failed to take a further x-ray or scans despite not having a physical copy of the one from Thailand to view themselves, and simply sent him home with painkillers.

He instructed Hudgell Solicitors to act on his behalf in a damages case against Maidstone and Tunbridge Wells NHS Trust, with a legal claim now alleging the hospital breached its duty of care in not carrying out its own x-ray, resulting in a delayed diagnosis which resulted in Mr Frolov needing a neurosurgical operation to reposition and fix the bone with bolts.

Solicitor Dimple Raja  : “This is a shocking case where a failure as simple as not taking an x-ray could have had life-long consequences, and perhaps even fatal.

“Given our client’s injury history, in which he’d been unable to move his arms and legs for a short period after hitting his head in the sea, was still suffering headaches and neck pain, and the fact there was no copy of the x-ray taken in Thailand, we argue that Tunbridge Wells Hospital should have conducted full and thorough checks, including its own x-rays.

“As a result they left him at risk of being left permanently paralysed with every day that passed until the fracture in his neck was discovered. It was also only through his own determination to resolve the issue, together with the osteopath’s decision to refer him for an x-ray, that it was discovered.

“All the other health professionals, including his GP, had been working from that wrong initial hospital assessment of no break being present.

“Even though Mr Frolov was fortunate not to suffer serious, life-changing injuries as a result of this error, he has still suffered hugely and it has had a big impact on his quality of life.

“Following surgery, in which he had two bolts inserted to strengthen his neck, he has been left with restricted movement and the prospect of suffering pain for the rest of his life.”

‘I could have died twice, so in that sense, I guess I have been lucky’

Married to wife Ekaterina and with two young boys, Misha, five and Daniiel, one, Mr Frolov, says he feels fortunate, rather than unlucky, having dodged death twice and now able to move on with life.

But looking back at the care, the-36-year-old, says he found the approach of staff at Tunbridge Wells Hospital ‘dismissive’, influenced by the fact he had been examined in Thailand on the day of his accident in April 2015.

“I had explained to them about being unable to move my arms and legs in the sea and the pain I was still experiencing. I was expecting them to carry out more tests and x-rays but they seemed very unconcerned and dismissive. They just said it would be whiplash and gave me painkillers. They even took off the soft collar I had been given in Thailand and told me not to wear it,” he said.

“I guess when you are a patient you hope to hear good news, and in a way the fact that nobody seemed too concerned was quite reassuring to me. It just made me think I was worrying over nothing..

“When health professionals tell you everything is ok, you take their word for it. They’re the experts and you trust them. I then went to see my GP a couple of days later and he referred me to a physiotherapist to try and lessen the pain.”

It was with the pain continuing some two-and-a-half months later that Mr Frolov decided to see an osteopath through his private health insurance, who after a number of ‘gentle sessions’ referred him for an x-ray which revealed the true situation, and the danger he was in.

“The day after the x-ray the osteopath called me and said I had to go to hospital immediately as I had an unstable fracture in my neck. He seemed very worried so I called my wife and we were both astonished and obviously very concerned. It’s a bit crazy to be called and told your neck is broken.” said Mr Frolov.

“I drove straight to the hospital and as soon as I got there they had a team of doctors waiting for me and they put me straight onto a stretcher and supported my head. There must have been four or five doctors who had been assigned to me and they couldn’t believe I’d been walking around with the fracture.

“They told me I’d been extremely fortunate and that it was something of a miracle to be walking around, as because of the fracture and the position of the broken bone, I could have been paralysed at any moment. If I had gone a few more days without it being discovered, I don’t like to think what could have happened because I was told it was getting more dangerous day after day.”

Mr Frolov, who worked as a charter broker at the time, was placed in a hard rigid neck collar before being sent to St George’s Hospital to see specialists, who said the bone had started to heal in the wrong position.

As a result he needed surgery to remove the part of the bone that was pushing against his spinal cord, with two titanium bolts used to fix two cervical vertebrae together, leaving him with limited rotational movement of the neck.

Mr Frolov says family, friends and work colleagues couldn’t believe what had happened when he told them.

“People were astounded obviously, because it’s unbelievable really isn’t it,” he added.

“I thought it was the end for me in Thailand when I hit the seabed as all of a sudden I was face down in the water and I couldn’t move myself. I remember being conscious and having the time to think that I was about 30 seconds away from dying unless somebody helped me and turned me over.

“Then, having walked around with a broken neck for three months, and with what I have been told could have happened, it has made me feel fortunate to still be here. I could have died twice, so in that sense, I guess I have been lucky.

“I least am fortunate enough to still be here and be a dad to my two boys as they grow up.”