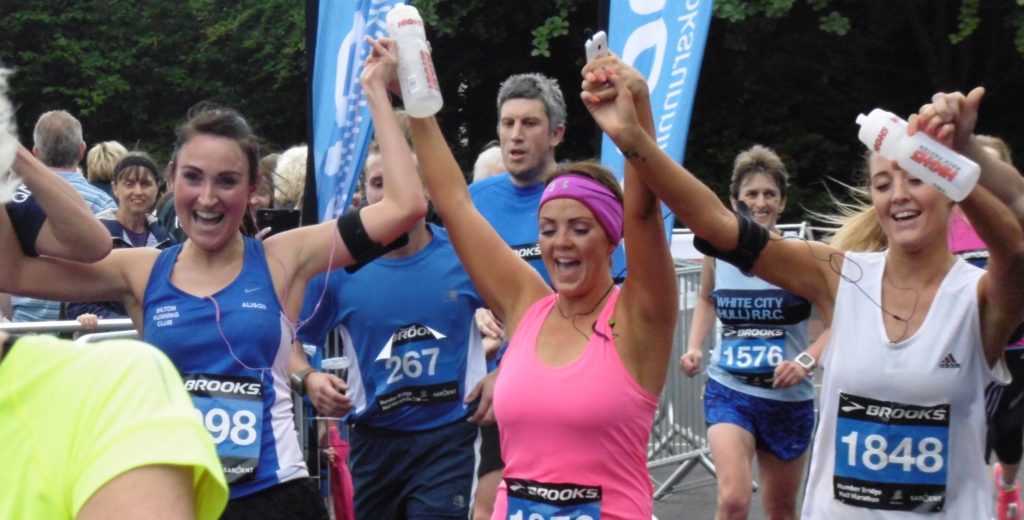 This Sunday will see more than 2,200 people take part in the 2016 Humber Bridge Half Marathon, an event we are delighted to be main sponsors of here at Hudgell Solicitors for the next three years.

The half marathon is a major highlight of the local sporting calendar, with a reputation for being superbly organised, and one of the most popular amongst runners who regularly take part in such events.

It has been fantastic to see the excitement and expectation build over recent months, and just how well-loved the event is by runners, with many across the country describing it as their favourite half marathon.

Being part of the Humber Half team for the next three years, our team at Hudgell Solicitors have been fortunate enough to be let in on a few secrets as we have prepared.

So, if you are taking part for the first time, don’t be fooled by the fact that the Humber region is mostly flat.

We’re told that come nine miles in – just as many begin to think they’ve cracked it – there is a one mile climb (labelled by those who have run the event many times as ‘cardiac hill’) and then the bridge is not flat, as it rises towards the middle.

That means there’s no easy finish, but at least the sense of satisfaction will be great crossing that line!

After months of training and preparing, our team are all ready and raring to go, as we look for success against other companies who have entered teams into the corporate challenge.

Importantly, the Humber Bridge Half Marathon is a community event which shines the spotlight on the region in a hugely positive manner.

It brings together thousands, running to both meet personal goals and targets, and to raise money for good causes close to their hearts.

Over the past 16 years, the Humber Bridge Half Marathon has raised in excess of £1m for local charities and good causes, money raised from the fees paid by those who have entered, and by the sponsorship they have secured.

It is a staggering amount and one everybody involved can be hugely proud of.

This year, there are three main charities benefitting from the event. They are the Butterflies Memory Loss Support Group, Hull and East Yorkshire Mind, and The Brain Tumour Charity. Let’s hope the efforts of all taking part result in them each receiving healthy donations.

Finally, it would be great to see those not taking part this weekend to come onto the streets in large numbers and cheer on those involved.

And to all those running, whether it be the 13.1 miles of the Half Marathon or the 2.5 miles of the Family Fun Run, thank you for taking part, enjoy the race, look out for our team on the course, and most of all good luck.

See you there when our good friend, boxer Tommy Coyle, and Miss Hull Saffron Hart, fire the starters gun at 9am.

We use cookies on our website to give you the most relevant experience by remembering your preferences and repeat visits. By clicking “Accept All”, you consent to the use of ALL the cookies. However, you may visit "Cookie Settings" to provide a controlled consent.
Cookie SettingsAccept All
Manage consent

This website uses cookies to improve your experience while you navigate through the website. Out of these, the cookies that are categorized as necessary are stored on your browser as they are essential for the working of basic functionalities of the website. We also use third-party cookies that help us analyze and understand how you use this website. These cookies will be stored in your browser only with your consent. You also have the option to opt-out of these cookies. But opting out of some of these cookies may affect your browsing experience.
Necessary Always Enabled
Necessary cookies are absolutely essential for the website to function properly. These cookies ensure basic functionalities and security features of the website, anonymously.
Functional
Functional cookies help to perform certain functionalities like sharing the content of the website on social media platforms, collect feedbacks, and other third-party features.
Performance
Performance cookies are used to understand and analyze the key performance indexes of the website which helps in delivering a better user experience for the visitors.
Analytics
Analytical cookies are used to understand how visitors interact with the website. These cookies help provide information on metrics the number of visitors, bounce rate, traffic source, etc.
Advertisement
Advertisement cookies are used to provide visitors with relevant ads and marketing campaigns. These cookies track visitors across websites and collect information to provide customized ads.
Others
Other uncategorized cookies are those that are being analyzed and have not been classified into a category as yet.
SAVE & ACCEPT
Powered by