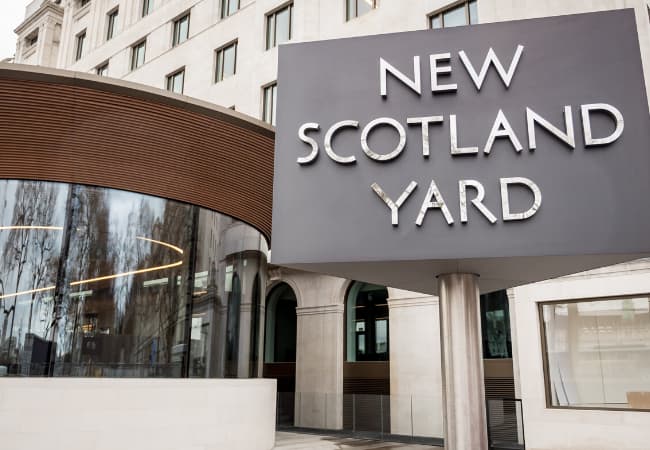 A woman has been awarded damages by the London Metropolitan Police for failing to fully investigate allegations she made 18 years ago that she had been sexually abused as a child.

A woman has been awarded damages by the London Metropolitan Police for failing to fully investigate allegations she made 18 years ago that she had been sexually abused as a child.

The force accepted there had been ‘clear neglect in duty’ by both a Detective Constable and an Active Detective Sergeant, as they failed to log her report and fully investigate her complaint.

The failings were only discovered 13 years later during an audit of interview tapes.

As a result a Detective Inspector ordered a reinvestigation which subsequently found that the file on her case had been closed within three months, without her alleged attacker ever being questioned.

The woman – aged 15 at the time – had assumed her mother, who attended at the police station with her when she made her allegations, had dealt with police investigations from that point.

However, in January 2015, 13 years after she had made the allegations to the police, the woman was contacted by officers and asked if she would agree to being interviewed again.

It resulted in the man she accused eventually being charged and taken to court, although he was found not guilty and walked free.

Now, following representation by Hudgell Solicitors, she has been awarded a damages settlement.

As part of the compensation case it was alleged that the force had breached the woman’s human rights by failing to carry out an effective, independent investigation.

Complaint made through Independent Office for Police Conduct

The woman, of Woolwich, South East London, complained to the Independent Office For Police Conduct, (IOPC), the body responsible for handling complaints made against police forces in England and Wales, sparking an internal investigation at the force.

Her complaint was upheld as it was found officers had made little attempt to trace her when the family moved home, not contacting her school or local GP. They closed the case citing ‘lack of contact by the victim’

It was concluded that the ‘standard of investigation was poor’ and that had the matter come to light when both officers were still serving, they would likely have faced disciplinary action.

A Detective Chief Inspector apologised to the woman, writing: “The original investigation fell far short of the standards I expect and I am sorry for the distress that you have experienced as a result of our poor handling of the investigation in 2002.”

Failings of officers were ‘unforgiveable’

She said:  “This was an unforgiveable failing by the officers at the time.

“My client was only 15 years of age when she alleged she been sexually abused, over a four year period, by a family friend.

“Victims of any form of assault or abuse need to have complete confidence in police forces that their allegations will be taken seriously and fully and appropriately investigated.

“In this case the investigation back in 2002 went no further than the initial complaint. That was completely unforgivable, not only with regards to my client but potentially also others who were to come into contact with the accused, who remained unquestioned for more than a decade.

“The claims that she had been uncontactable as the family moved home were simply ludicrous. No effort was made to secure her new address through a third party, such as her school or GP. It was simply left and the case was closed three months later.

“Due to her young age at the time she assumed things were still being investigated and that the matter was from that point being dealt with by her mother. The next she heard however was 13 years later, by a different officer, telling her they wished to interview her again and reopen the investigation.

“Obviously this caused significant distress. She was initially reluctant to relive what had happened so long ago, but eventually agreed to give evidence again.

“It resulted in the accused being found not guilty, but my client firmly believes that had the matter been fully investigated at the time, there would have been a different outcome.”

In concluding the force’s internal investigation, which was concluded in 2018, the Detective Chief Inspector wrote: “The Metropolitan Police Service’s response to Safeguarding has improved significantly over the years, however this investigation would have been deemed unacceptable even 16 years ago.

“A considerable amount of learning has gone into improving all areas of work. There has been a number of changes in policies and practice to improve our service to victims of this type of crime and I do not believe that this type of situation would happen again.”