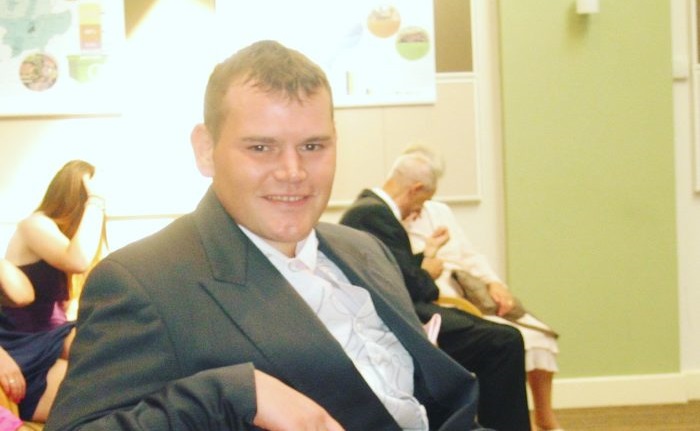 Hudgell Solicitors is representing the family of a man who was found dead in a popular seaside park lake just hours after an unsuccessful ‘four minute’ police search for him.

Hudgell Solicitors is representing the family of a man who was found dead in a popular seaside park lake just hours after an unsuccessful ‘four minute’ police search for him.

Gavin Francis Egan, 34, was found dead in the lake at Peasholm Park, Scarborough, North Yorkshire, at around 11.30am on Wednesday, February 24, 2016.

It was just hours after a trained search police officer, who had questioned the need to even attend the call-out, had left the scene having only carried out a ‘quick scan’.

PC Helen Hardie had been sent to the scene after an alarm was raised by a member of the public who’d been walking his dog, shortly after 4am.

The caller reported having pulled the man from the water, but said he then disappeared after he’d left the scene briefly to make the call to emergency services. The temperature was -3 degrees centigrade at the time Mr Egan was reported missing.

An Independent Police Complaints Commission (IPCC) investigation was launched, focusing on the police force’s actions. That resulted in PC Hardie being issued with a written warning for misconduct in an internal police hearing.

Officer was ‘unbelieving of report’ and searched lake for two minutes

The IPCC investigation revealed how PC Hardie ‘questioned the need for her attendance’ when instructed to search the park by her dispatcher at the force at 4.05am, saying she would have ‘a quick look round’. She also decided to go alone, rather than taking her colleague who she was working with at the time.

PC Hardie admitted to being unbelieving of the account which had been provided by the dog walker to paramedics before she arrived, coming to the conclusion that he may have been homeless and could have fabricated the entire story.

As a result of her dismissive nature when speaking in radio transmissions, two further officers, who had initially offered to assist, decided not to attend at the park.

PC Hardie told the IPCC she searched the lake for approximately two minutes using her torch to provide ‘a beam over the lake’. She admitted she was ‘disinclined to believe the incident had happened’ and never intended to search the whole lake.

Her search of the park, which spans 14 hectares in total, lasted just four minutes and fourteen seconds. She told the IPCC she felt that was ‘long enough’ to gain ‘sufficient information to pass back to the Force Control Room’.

Mr Egan’s mother, Lesley Shields, said: “All the evidence has pointed to the fact that the officer felt she didn’t need to go out in the first place, didn’t believe the witness who said he’d pulled Gavin from the water initially, and couldn’t be bothered to do a full search of the area. She was looking for reasons not to search.

“She has basically shone a torch across the lake briefly and gone back to the warmth of her station. How on earth can anyone suggest a four minute search is enough? Anyone who knows Peasholm Park will know there are lots of seating areas and covered seating where he could have been behind.

The lead IPCC investigator said PC Hardie had previously been involved in a search at the same park and therefore knew it covered a substantial area, and that an effective search required the coordination of a number of staff, adding that PC Hardie ‘appeared to have made a predetermined assessment of the incident before obtaining any facts.’

Mrs Shield’s lawyer says there was a clear lack of commitment from the officer to do her duty on the morning of Mr Egan’s death, and from the force to ensure the search was conducted correctly.

Vicky Richardson, a specialist in civil liberties and human rights cases at Hudgell Solicitors, says it amounted to a breach of Duty of Care and a possible breach of the Human Rights Act.

“This is a very sad case and one in which it is clear that the officer involved has failed in her duties to carry out a full and proper search and ensure she has done all in her power to protect the public,” she said.

“This was a report of a vulnerable individual, with the possible threat of hypothermia or him being incapacitated due to being wet and the temperature being below freezing, yet it has been too easily dismissed.

“On arrival PC Hardie carried out a brief search of the immediate area. We understand she felt that there was no evidence to support the contention that a man had been pulled from the lake and only remained at the scene for just over four minutes before returning to the station.

“There is no wonder that Mr Egan’s mother feels he was badly let down. If all reports of people in danger received this sort of response and commitment, we’d be in worrying times.”

Officer appeared at own police hearing, but failed to attend inquest 24 hours later

PC Hardie was due to give evidence at an inquest on Thursday, November 3, a day after she had appeared before her own force to explain her actions.

However, having attended the police hearing on Wednesday 2, Mrs Shields returned home to an answer phone message from the North Yorkshire Coroners’ office, informing her that PC Hardie would not be able to attend and give evidence due to sickness.

Mrs Shields says the answer phone message had been received at 1.45pm, 15 minutes before the police hearing, at which PC Hardie had appeared, had started that same day.

As a result, and with PC Hardie not in attendance, only a preliminary inquest could be held. The full hearing has now been adjourned to February, almost a year after Mr Egan died.

Coroner Michael Oakley said PC Hardie had been unable to attend due to ‘stress and anxiety’, and the whole situation has left Mrs Shields furious.

Taking legal action is not about money, it is about holding the force and the officer to account for what happened to Gavin.

I am even more determined than ever now given what has happened over the past few days.

The Human Rights Act imposes an obligation to protect the right to life. They gave Gavin no right to life at all that morning.

I find it shocking and totally unacceptable.

This officer gave evidence to her own police force earlier this week in a bid to save her job despite completely letting my son down so badly. Then she was apparently too ill to attend the inquest and face up in front of our family.

The coroners’ office apologised for the late notification that PC Hardie could not attend and give evidence, but they left the message for me before the police hearing had even started, and I saw her giving evidence to them behind closed doors.

It is completely appalling and I am furious that this can be allowed to happen.

It has been a terrible ordeal for me and to be told the full inquest was not going ahead was almost too much to bear. My children and granddaughter are angry and upset at having taken unpaid leave from work to attend. It is all very unfair.

At the preliminary inquest, forensic pathologist Peter Nigel Cooper said the cause of Mr Egan’s death had been ‘consistent with drowning’. He added that bruises found on Mr Egan’s arm were consistent with him having being “helped from the lake”.

Mrs Shields said her son had lived a difficult life in which he had struggled with alcohol and drug addiction, had suffered from depression, and overcome a brain aneurysm.

More than 300 people paid tribute to him on a Facebook memorial page set up after his death, with friends and family describing him as a ‘caring person’ with a ‘heart of gold’.

Mrs Shields said her son had been happy and feeling positive when she last saw him days before his death, making plans to move into a new home in Scarborough.

He’d had his troubles but he was positive, and when I went to clear his flat after his death it was clean and tidy and he had a diary with his appointments in about his potential new home,” she said.

I have no idea why he was in Peasholm Park at that time in the morning, but it was a favourite place of his as his dad used to take him there when he was growing up. He went there to reflect on things.

All I can think is that perhaps he had been out for the night with friends and something has gone wrong. He was positive about his future and looking forward.